has been Chief Executive Officer and Founder of The Noble Groups for over 17 years. She has also served as a Chief Human Resources Officer for a number of years and a senior-level professional in Corporate America for over 20 years. Dr. Ray knows how to navigate people and business challenges from the inside out. As a result of intimate journeys in personal, professional and spiritual transformation, she has  become a sought after highly-in-demand business strategist, change leader, public speaker, author, publisher, and one-on-one development coach. Since 2001 Dr. Ray has coached pastors and leaders in reaching their full potential, becoming more effective in their ministry and spiritual calling. Since 1990, she has coached senior executives and professionals on how to dominate their markets in creating competitive advantage and value for clients and their organizations.

Dr. Ray is certified in both industry and ministry. She is a(n):

Also known as “Eve” for short, Dr. Merle created Real Womanhood: the Business and Calling of Being a Woman, her personal best-selling curriculum in 2005 while volunteering in Houston’s inner-city communities at shelters, where she coached women and girls on identity and mastering their authentic voice. In 2007, her first work, Spiritual Identity: Worldview Wisdom for Women was published.

Dr. Merle knows the devastation of transforming from being down and out. She went from being a director in a Fortune 500 organization in 2001 to a homeless single mom in 2011. After going through two major surgeries in 2003, business failure in 2008, divorce due to a spouse with a crack-cocaine drug addiction in 2009, foreclosure in 2011, and losing everything, Dr. Ray found herself abandoned and homeless raising two young sons. Instead of giving up in anxiety with thoughts of depression, and giving in to the pressures of the world, as a single mom Dr. Merle answered to a higher calling of being drawn closer to God.

During this time, she became spiritually pregnant and earned both a secular and non-secular college education. On 9-1-1 of September 2011, she started her Bachelor’s of Science degree program in Leadership from the College of Biblical Studies in Houston, Texas, finishing the program in just two and a half years with her younger sister. In 2012, she completed her Master of Science Degree graduating from Grand Canyon University in Phoenix, Arizona.

In faith-based circles, she became recognized for her work branding ministries, building visions, creating programs of discipleship, and working with pastoral teams building leaders. She helped to strengthen families with children who were living in distressed communities by grant-writing a total of over $20 million in federal and state funded projects that were awarded to non-profit community-based organizations in Houston, Texas. As a paid consultant and volunteer of more than 1600 hours of service through her organization, The Noble Groups, Merle Ray proved to be an active citizen who believes in providing high performance and noble results.

In 2017, Dr. Merle created and launched bestselling brand, Birth Your Brilliance™, and its business platform for her client, Dr. Cassandra Scott. In this program, women have an opportunity to be coached in their personal, professional, and spiritual growth and development working one-on-one and in groups.

In her spare time, Dr. Merle enjoys publishing, writing, traveling, and setting and attaining goals with friends. She has published over 7 books of her own and 60+ for other pastors and leaders. 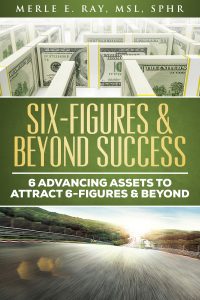